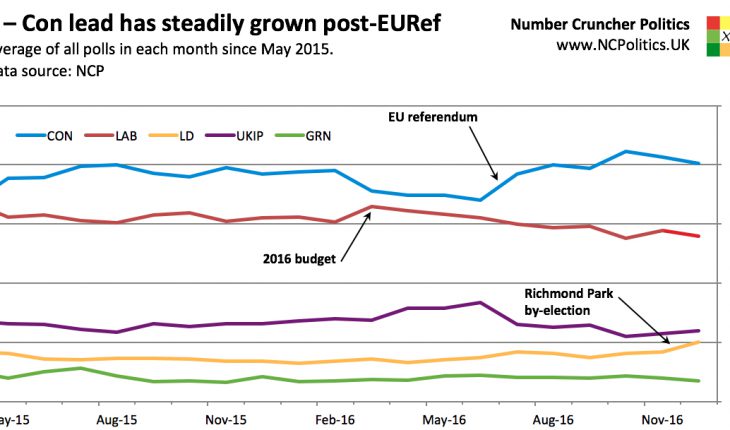 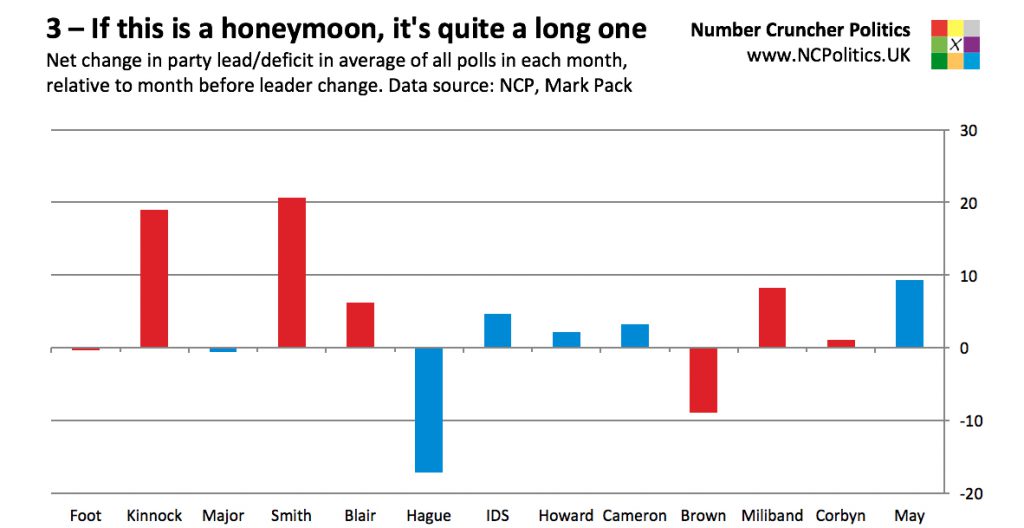 But isn’t that just a honeymoon for Theresa May? Well, it’s certainly true that new leaders of the two largest parties tend to achieve a temporary poll bounce in terms of their lead or deficit versus the other main party. In fact everyone new leader has done this, with the exception of William Hague (see above).
May’s gain of 9.4 points for the Conservatives relative to Labour is solid, but much smaller than Neil Kinnock or John Smith achieved for Labour.
There’s a catch, though. Parties nearly always change their leaders fairly soon after an election defeat (the last time a big two party didn’t do that was Labour in 1987). Because oppositions usually gain as we head away from the election and into mid term, that can exaggerate the impact of changing leader, particularly as it’s usually from a low (ie election-losing) base.
However David Cameron resigned as Prime Minister after a referendum defeat, when the Conservatives were still polling quite well. If we compare Theresa May’s +9.4 only to John Major’s -0.6 and Gordon Brown’s -9.4 at the same stage, it looks considerably more impressive. 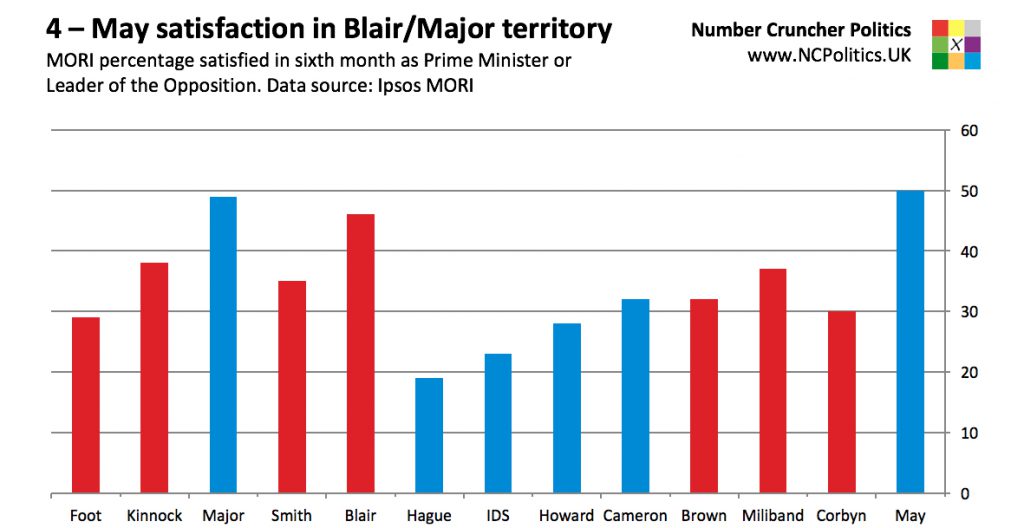 In terms of personal ratings in a party leader’s sixth month in the job, the Prime Minister is again second only to Tony Blair in the MORI net satisfaction times series (satisfied minus dissatisfied). In terms of gross satisfaction, she actually holds the all-time record for month six, with 50 per cent satisfaction, narrowly ahead of Blair and John Major at this point (and well ahead of everyone else). 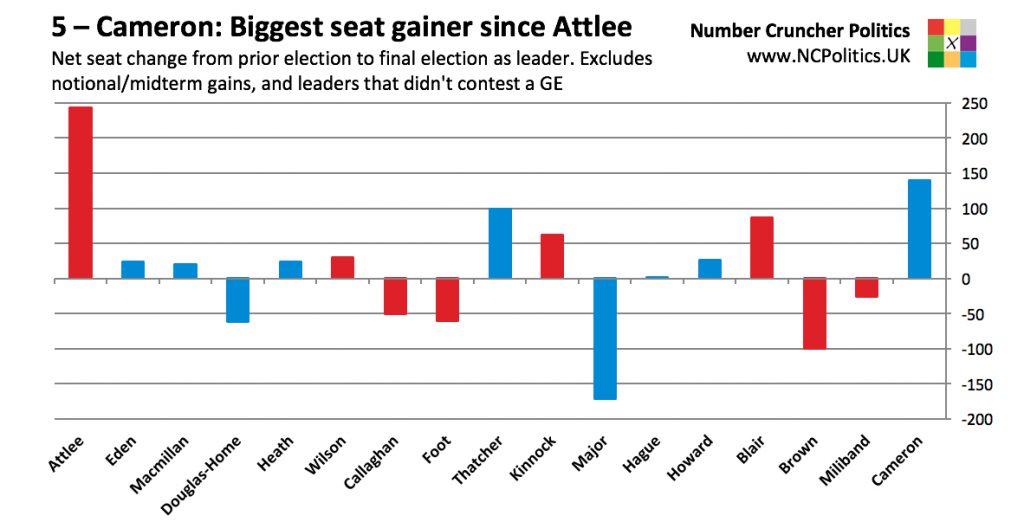 David Cameron’s time as Prime Minister is now in the history books. But how will history remember him? His defeat in the EU referendum makes him the only British PM to have lost a plebiscite, and some will find it impossible to look beyond that. But in terms of his electoral performance, he was the biggest net gainer of parliamentary seats since Clement Attlee, with net gains over his two general elections of +139, 40 more than Tony Blair and 52 more than Margaret Thatcher. 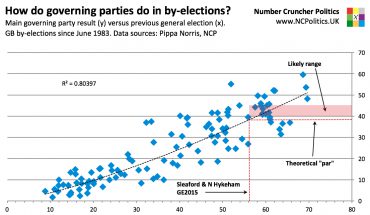