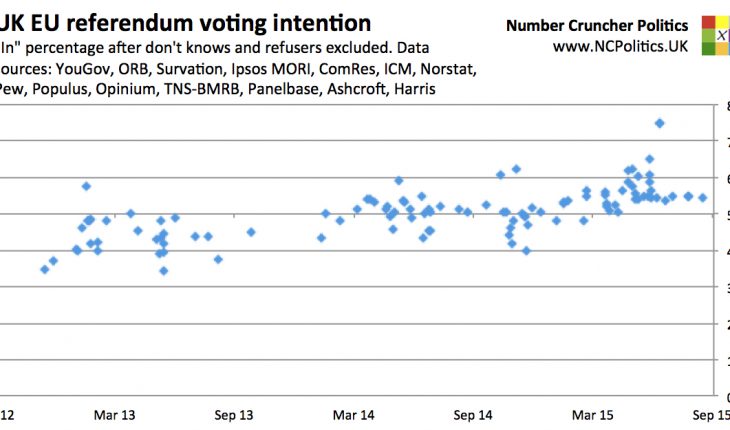 The Electoral Commission has recommended that the question for the UK’s EU referendum be modified, to use “remain/leave” rather than “yes/no” options. Number 10 has accepted the decision, so the the wording will be:

The original wording was “Should the United Kingdom remain a member of the European Union? (Yes/No)”.
What impact might this have? As pollsters know very well, the way a question is phrased can have a significant impact on how people answer it. Two of them (that I’m aware of – please get in touch if you know of others) have tested the previous wording against alternatives that are substantially similar to the final one. In May, ICM found an 18 point lead for “yes” but only a 10 point lead for “remain”. In June, ComRes found a 27 point lead for “yes” but an 18 point lead for “stay in” (including “don’t knows” – among only those giving a voting intention, the leads are 30 and 21 points respectively). 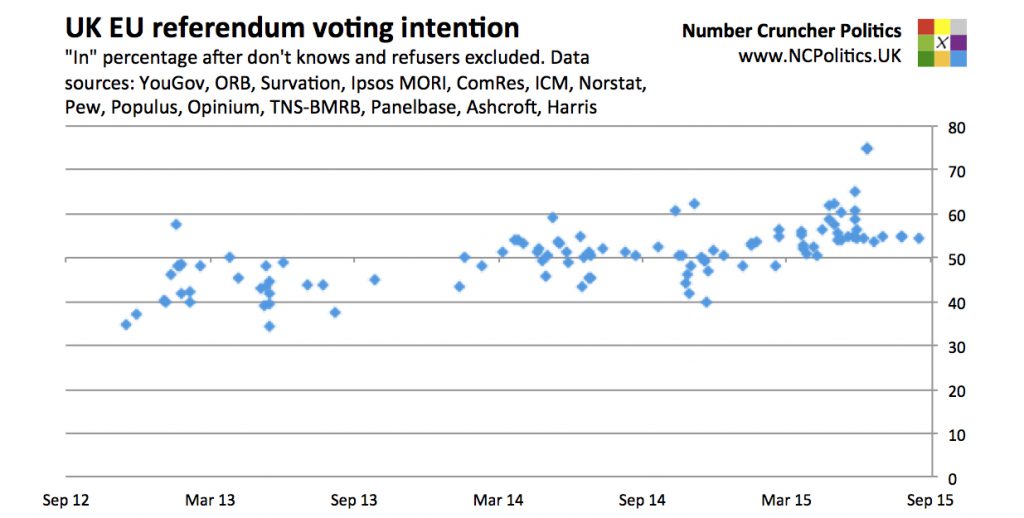 Because both polls used split samples, the sample sizes are smaller than usual and accordingly the margins of error are larger. But the changes are remarkably similar – an 8 or 9 point reduction in the lead for the “in” side, and some signs of an increase in the number of don’t knows.
On paper, this makes Brexit more likely. In practice it could be a bit more complicated – polls suggest that Europe isn’t normally a particularly salient issue, so it could be that the change in the question has a different impact once people start paying more attention. Additionally, since the wording affects the names of the campaigns, it could conceivably impact the campaigns themselves. Nevertheless it certainly seems as though this development is positive for the “out” side. It’s now been more than six months since any poll (with any wording) showed “out” ahead, but if taken at face value, the wording change wipes out the “in” lead in the most recent polls.
NCP will be covering the EU referendum in considerably more detail over the coming weeks and months, including looking at the differences between different pollsters (and in particular, why a gap seems to have opened up between phone and online polls). Be sure to follow for the latest.