If you missed it earlier (or you aren't signed up to our poll alerts), our latest polling shows that two-thirds of Brits, including a majority of current Conservative voters, think cuts to public services have gone too far, both locally and nationally. I’ve written the poll up for the FT, and tables will be in the polling section of the website later.
Yesterday was quite lively in the psesosphere, with two new national voting intention surveys. ICM’s latest for the Guardian had the Conservatives ahead by three (and a fascinatingly even three-way split on the Trump visit between support, oppose and don’t care).
ComRes in the Express has a tie, but big leads for May over Corbyn on some head-to-head questions, which presumably explains the paper’s rather odd splash…
That means that the latest GB poll from every pollster has something between neck-and-neck and a five-point Tory lead, the midpoint of which, it so happens, is dead in line with last year’s general election result.
But this week is all about local elections. Survation produced a London local VI poll, as it did in 2014, which put Labour 20 points ahead in the capital, very similar to the 22-point lead from YouGov/QMUL. So we have a polling consensus that’s extremely close to the London result at last year’s general election. We’ll find out soon enough whether they’re right or not, but if they are, the opposition is doing historically well in London in absolute terms, but making no progress from the general election, which would be Michael Foot territory, though thankfully we’ll have a lot of non-London results to consider too.
On the locals, David Cowling made the point that national polls currently show something much better for Tories than they did the last time these local wards were fought in 2014. That’s an important point, but the caveat is that polls were very likely overstating Labour’s lead at that point (though probably not as much as they did at the 2015 general election), so comparing them to current polls may overestimate the swing.
QMUL has published more of its YouGov polling, showing among other things that us London residents are a grumpy bunch and that Sadiq Khan’s personal ratings have declined on stratospheric to merely excellent.
Mike Turner at BMG has looked at the (far less impressive) leader ratings for Theresa May and Jeremy Corbyn from it’s recent polling and concludes that the Prime Minister has been making modest progress in recovering lost ground.
Newly published NatCen research from last year found that minimum alcohol pricing – just introduced in Scotland – is actually quite popular.
And on the blogs Claire Ainsley talks introduces her new book “The New Working Class: how to win hearts, minds and votes” on ConHome while LabList has Luke Akehurst’s five key battlegrounds for the locals.
I’m not anticipating any more polling now ahead of Thursday, but I’d love to be mistaken! 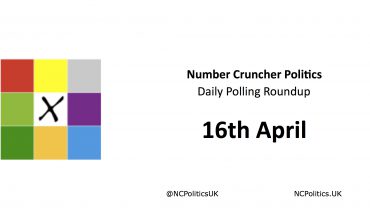 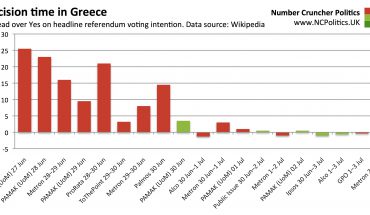 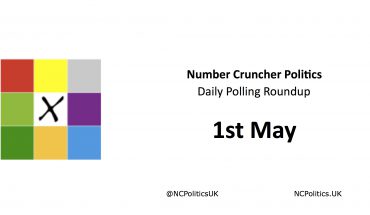