Well, sort of. First of all, yesterday we got the latest Ipsos MORI poll for the Evening Standard. The toplines were largely a reversion to December's figures after last month's quirky reading:

The detail is more interesting – the gross satisfaction spread (my preferred way to compare leader ratings) has May 29 points ahead of Corbyn, which compares with a 10 point lead for David Cameron over Ed Miliband five years ago.
And on the educational breakdown, Labour leads 35-32 among graduates, but trails 45-19 among people without formal qualifications. The first looks a lot like the 2005 result, the second looks like the…
John Curtice wrote on this and the broader Labour/Brexit conundrum. There’s nothing in there that I disagree with per se, but as always I’d remind people of this – it’s not just the voters you have, it’s also important to consider the voters you need.
In by-election land, things are getting messy, with the Lib Dems accusing Labour of misinformation, Labour accusing the Conservatives of misinformation and the Tories seemingly having difficulties on the ground in Copeland.
Local by-elections were a bit of an oddball affair this week, with both the Conservatives and the Lib Dems losing seats to local parties and the Greens gaining one from UKIP on a pro-beaver platform:

Green candidate in Lydbrook stood on restoring beavers to Greathough Brook to reduce flooding. I know that was worth staying up for

Labour had one defence which they held. If you haven’t had enough of the madness, there’s another today…
The timing for the weekly YouGov poll for the Times has been a bit erratic lately, so we might not get it today, but we’re due another Opinium/Observer poll tomorrow night.
Happy Friday! 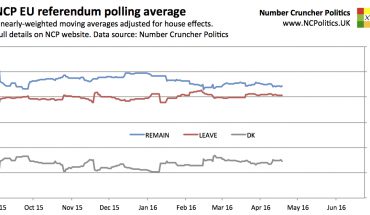 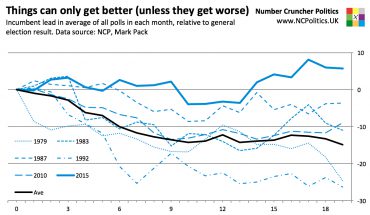