Home
Analysis
The case against phone polls is not proven 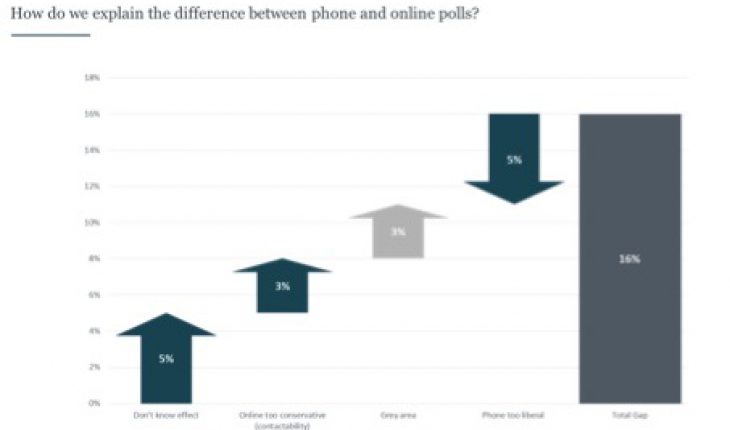 But what about YouGov’s phone poll, that showed Leave ahead? YouGov released the tables as usual, but also took the unusual decision to release the full microdata. I suspect that this practice won’t catch on (given the cost of obtaining the data), but it does give us a chance to look at what they’ve done. The claim is that the sample is more representative because of repeated callbacks and a two-week window. The two-week claim is technically true, but consider the following: 57% of the fieldwork was done in a three-day block, and a further 29% was done in a two-day block. Seven days had ten or fewer interviews.
Interestingly, all five “busy” days were weekdays, with only 7% of the fieldwork done at weekends. Systematic differences between weekend and weekday polling were something that appeared at various times when Populus published twice-weekly online polls in the last Parliament. But phone polls now almost always include very large proportions of weekend fieldwork, simply because many people are only available then. The impact of polling almost exclusively this is unclear.
YouGov also said that it didn’t set quotas, but instead tried to maximise response rates through the callbacks, like the British Election Study did. This is fine, as long as you do eventually get a very high response rate and a representative raw sample, as the BES did.
Phone pollsters don’t normally publish response rates, and the newest member of the club is no exception. But it’s well known that initial response rates are typically around 10 percent or lower. And crucially, based on the work that I’m aware of, they do not increase markedly with callbacks. This is very different from face-to-face polling, seemingly because the problem isn’t just getting hold of people, it’s also persuading them not to hang up, but to participate for no financial reward (and in the case of mobile users, not to screen out calls from unknown numbers). Differential refusal is therefore in addition to differential availability.
The YouGov analysis mentioned raw samples in relation to the oversampling of the ABC1 social grades in some phone polls, which is an important point. But as a likely consequence of the above methodology, the raw sample in their phone poll is wildly unrepresentative in a number of areas. It has far too few people educated to 20+, too many over 65s, too few people in London and too many people in less affluent regions. These imbalances are mitigated through weighting, but the weighting required is unusually severe for a phone poll, so the effective margin of error increases further.
These observations don’t necessarily explain why the result is so far out of line with other phone polls – it could be something else that isn’t immediately obvious, but this poll clearly isn’t representative of phone polls generally, so I’m not entirely sure what to make of it.
The study also made a few other points. It suggested that the results of the last general election contradicted our claims about social liberalism versus conservatism in samples. They did not. As James and I made clear in Polls Apart, we are talking about the element of social attitudes that doesn’t correlate with partisanship. That is pretty fundamental.
YouGov does now appear to accept high quality probability surveys like the BES and BSA as the gold standard. It is telling that the BES question on EU membership produced results closer to what comparable phone polls were showing at the time. YouGov points out that in the time since, it has made methodological changes. But – and I’ve said this a few times – our study was of differences between modes, not differences between pollsters. YouGov is not the only online pollster.
Yougov’s changes look like they’ve worked, and improved their samples. But the apparent underlying problem for online panels generally, was very much in evidence when we researched Polls apart. Across demographic cells, we noticed a residual attitudinal bias.
To summarise, this paper is an interesting contribution to the debate, but I can say with confidence that it does not find the holes in the Polls apart work that it claims to. 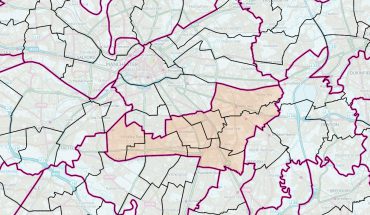