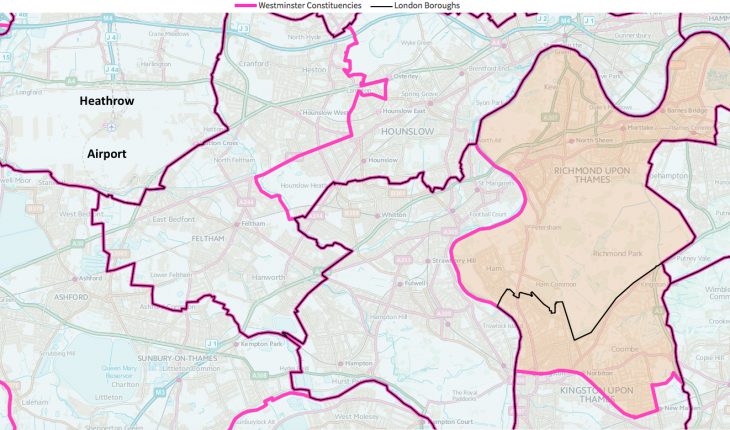 I was beginning to wonder how long it would be before we started seeing by-elections being polled again. By-elections were often polled back in the 1980s when newspapers had the budgets, and gradually became more and more occasional, until last parliament when Lord Ashcroft got involved.
To be fair, most contests this parliament haven’t been hugely exciting. Most of them have been in Labour-held seats, so there hasn’t been a lot of drama (as you’d expect when an opposition party is defending). But Richmond Park is an oddball by-election – we know to expect by now the governing party to drop back in by-elections and the party best-placed to challenge it to advance. But what happens when the governing party isn’t in on the ballot paper?
BMG’s poll in last night’s Evening Standard sheds some light on the contest. Goldsmith polls 56%, down just two points from what get got in 2015 as a Conservative candidate, the Lib Dems up 10 points to 29%, and everyone else getting squeezed:
IND (Goldsmith) 56 (-2)
LD 29 (+10)
LAB 10 (-2)
GRN 2 (-4)
UKIP 2 (-2)
Labour is down two points on last May, as it was in Witney, although it’s worth noting that the 2015 result was that party’s best in this seat since 1997, so its floor is probably lower than its current 10% (and expect this poll to appear on Lib Dem bar charts before long). The Greens, have already been squeezed down to 2% (from 6%). UKIP, which has never held its deposit in this seat, also polls 2%, and announced that it wouldn’t field a candidate while the poll was in the field.
But can we trust the poll? Well, seat polls in 2015 had the same problems as national polls, plus some others. Seats with certain kinds of partisan composition had bigger problems than the national polls, some seats (and regions, including London) and fewer. In some seats there was only one poll, so the full margin of error applied, unlike national polls, where polling averages could smooth out the statistical noise.
But by-election polls were mostly a lot closer to the mark. This might be because the sort of person that only votes in general elections is harder to get hold of, or possibly because by-elections are often used by voters as a chance to vent, so polls oversampling “venters” would have had less trouble. The only really bad by-election night for the pollsters was on Labour’s near-miss against UKIP at Heywood and Middleton, which (for what it’s worth) is pretty much the exact opposite type of seat to the Tory-Lib Dem battlefield of Richmond Park.
This particular poll had to be done quickly, which is never easy, and nor is phone polling without at least some weekend fieldwork. Probably as a result, its effective sample size is substantially lower than its headline n of 543, meaning a margin of error of ±7 points. It was also done five weeks out from polling day, so there is still plenty of uncertainty.
In particular, how the issues play out will matter. On Heathrow, there is strong opposition to the expansion, but perhaps not as overwhelming as you might think: 60% are against, 25% are in favour. A series of earlier polls by Populus consistently suggested a more divided constituency (generally about half against, a third in favour and the rest neutral or unsure). Whether opinion has changed since the announcement, or the polls differ for other reasons, isn’t clear.
On Brexit, opinion is easier to measure, because we know the result of the referendum, right? Well not exactly, because the results were counted by local authority, not constituency. Richmond Park takes in bits of Richmond on Thames (69.3% Remain) and bits of Kingston on Thames (61.2% Remain). Because the constituency is younger (87% under 65) and more packed with graduates (55% in 2011, the second highest in the UK) than either local authority, it’s likely the its Remain vote was higher too. The best estimate we have is 72.3%, from Chris Hanretty’s constituency-level modelling, compared to about 64% in the poll. 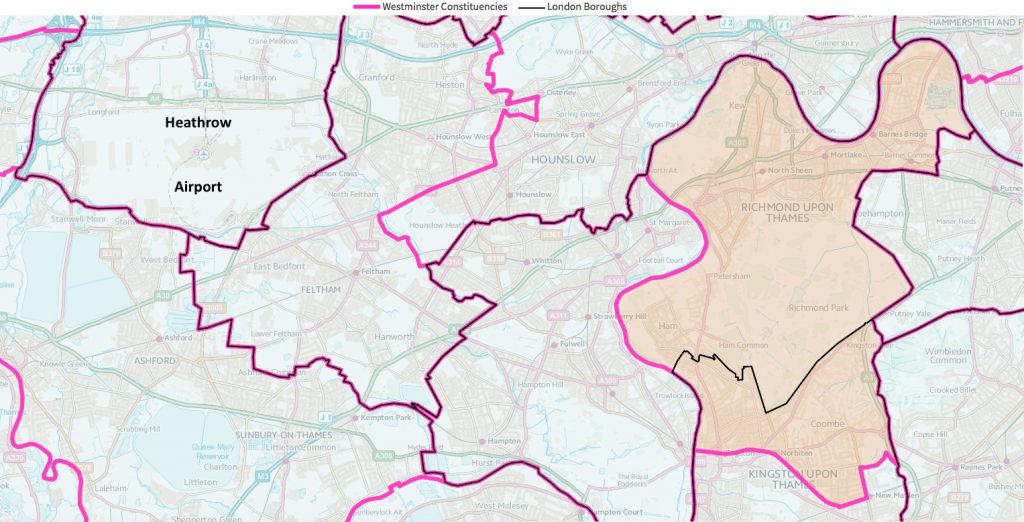 So we don’t know how the campaign will go, other than that it will be hard-fought, and with parts of the constituency falling within five miles of the Palace of Westminster, expect it to be well attended by parties and the media. It’s still not entirely clear how far the Conservatives will be involved (officially or otherwise).
In fact we don’t even know much about how by-election campaigns normally go, because it’s unusual for them to be polled this early. Hopefully there will be further polls, although the big lead might put them off.
But the poll does seem to answer one question, on the question of Goldsmith’s local popularity. In a supplementary question asking voting intention with an official Tory candidate, that option only got 20% vote, which suggests the incumbent does still have a significant personal vote.
For all of these reasons, I think the Lib Dems failing to win here wouldn’t necessarily be a disaster, although it would probably be portrayed that way, which wouldn’t help their cause. In any case, they could certainly do with a victory.