A new poll relating to Brexit is coming up this morning. Number Cruncher has asked an interesting new question for Bloomberg, and my writeup including the results will be on Bloomberg shortly. I'll then be on their Brexit show to talk about it from 9:30.
Polling Matters was another interesting debate about recent trends in voting intention and leader ratings, Syria, Windrush and the Lords report, plus a discussion of innovation in polling. There are multiple ways to listen to it it, including from here.
What else is worth a read? Charlie Cadywould had looked at Labour’s surge during the 2017 campaign, with some very interesting findings in terms of who it was that drive the late surge.
Today there are three council by-elections, all Tory defences. 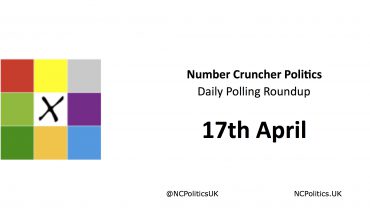