In case you missed it yesterday, Number Cruncher polling for Bloomberg found a 16-point lead for not joining the EU when people were asked to imagine that question being put to them after Britain had left.
You can read my commentary for Bloomberg here, and if you really want a laugh, read the comments below!  (Trigger warning, etc, etc). The Times Red Box leads on it, and Matt Chorley highlights a few interesting crossbreaks.
A few questions about the poll came up on social media, some of which raise important points. The tables are online here and the methodology is the same as for the voting intention poll, which is described here. The sample is not weighted by past vote, but since the recalls were within half a point of 52-48 Leave and CON+2.5 for 2017, doing so would have made virtually no difference.
As this was an opinion rather than a referendum question, there is no turnout weighting and of course no “would not vote” option. Of course there is still the question of what to do with undecided voters, as David Herdson pointed out, and if you exclude them and rebase over just those giving a view, it’s 60-40 not to join (or a 21-point gap between the unrounded numbers).
There was some criticism (though also some positive reaction) to us asking this question now. Personally I don’t think it’s ever too early to start a time series, it’s better to have a point to refer back to in the future and not use it than want one later and not have it. Obviously the question hypothetical, but it refers to a situation that’s widely expected to materialise, so in that sense it’s not thathypothetical.
Talking of time series, Ben Page, the CEO of Ipsos MORI (which has some superb 40+ year time series) shared his thoughts on the Lords polling report in Red Box.
There were three council by-elections last night, with two (in Warrington and West Berks) seeing Lib Dem gains from the Conservatives and a third (in Perth and Kinross) still to declare.
Today is the 50th Anniversary of Enoch Powell’s infamous “Rivers of Blood” speech, so we might just see some polling relevant to that. 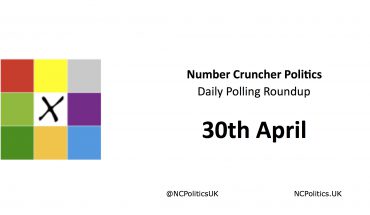