Home
Roundup
The NHS, the Prime Minister and the dragon

No, not a C.S. Lewis novel, just three political stories from over the weekend with a polling angle…
It's around this time of year that we tend to hear stories about how the NHS is coping with winter and there have been a few uncomfortable headlines for the Conservatives. Labour has been on the attack over the health service, traditionally its strong suit.
Polling on topical issues usually takes a few days, and ideally should be done done even more gradually. Therefore we don’t have any yet, but over a longer horizon, both of the main parties have favourable numbers they can point to.
On Sunday Theresa May appeared on the inaugural edition of Sophy Ridge on Sunday and Sophy was keen to talk about Brexit. The polling on what Brexit should mean has really been all over the place and a lot depends on how the question is asked, while the polling on how people stand is still mostly about 52-48 – the overwhelming majority of poeple of both sides say they’d vote the same way as before. The only thing that’s really clear right now is the clear lack of appetite for a second referendum.
In case you missed it on Thursday, I looked at the speculation over the PM’s honeymoon being over, and why that’s probably the wrong question.
As for the standard voting intention question, we may (Guardian willing) get the first ICM poll of 2017 this morning. The last poll in that series (on 11th December) had the Tories 14 points ahead.
And the dragon… Today we get YouGov’s Welsh voting intention poll for ITV News and Cardiff University. Their last poll in September had Labour 6 points (in Westminster voting intention) which is down from a 9.7-point margin in 2015. The socioeconomics and demographics of Wales make it very interesting in a broader English and Welsh context, not just in its own right, as I explained last week.
More from the briefing tomorrow. The subscribers are rolling in, but if your colleagues, clients, friends or anyone else would like to stay on top of the numbers in 2017, the more the merrier! Just point them the form below: 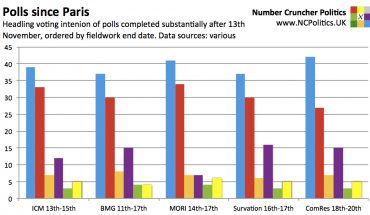 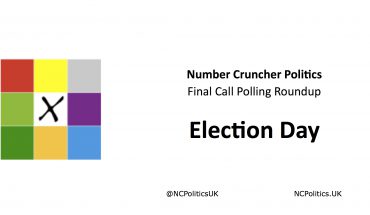