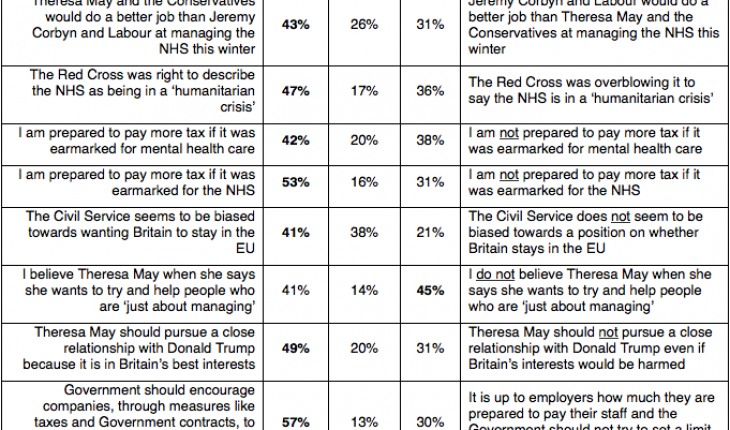 Two new polls are out tonight (there may be a third, but that’s not clear yet). Opinium’s regular voting intention poll for the Observer has the Conservatives 8 points ahead of Labour, a one-point increase from December.

The tables aren’t yet up, but it’s worth nothing that Opinium usually show a closer race between the two main parties than other pollsters have (and also tend to show the Lib Dems lower). This is mostly down to the way they handle likelihood to vote, and sometimes added to by differences in how pollsters balance their samples. This doesn’t mean Opinium’s numbers are wrong, but they are different from the others.
The poll also asked about Brexit, and found that 41 per cent think ending free movement should be the priority and 32 per cent prioritising the single market. Because the question wording is totally different, this can’t be compared to the question they asked last month for Keiran Pedley, which found net support for a “soft” Brexit, so we can’t use this to infer that people have changed their minds.
ComRes for the Sunday Mirror and Independent doesn’t currently ask voting intention, but does pose a number of topical questions – this week they were on party leadership and the NHS.
The public seem favourable to the government encouraging a 20:1 pay ratio cap, a policy floated by Jeremy Corbyn earlier in the week, with 57 per cent support per cent (including a 49-41 lead amongst current Conservative voters). This is probably going to be another area where specifics (and perhaps the question wording) matter – earlier in the week YouGov found net opposition to a maximum wage.

More from tonight's ComRes poll for the Sunday Mirror and Independent. Full details of this and Opinium/Observer at: https://t.co/Dz8CPQWdaX pic.twitter.com/HGxyoAuHlA

However there is less good news for Corbyn and his party on the health service. Despite this week’s headlines and respondents’ views (they feel it has got worse over the last decade, agree with the Red Cross “humanitarian crisis” description and really don’t think Health Secretary Jeremy Hunt is doing a good job), Theresa May and the Tories lead 43-31 on who “would do a better job” on the NHS this winter.
This is an exceptionally rare – what this finding might reflect is the fact that the party leaders are named in the question. The Prime Minster currently outpolls her party, while the leader of the opposition underpolls his, and is this situation naming the leaders tends to steer people in those directions. When pollsters only use party names, Labour almost always leads.
Clearly, a poll showing the Conservatives ahead on the NHS (given how people in the same poll sample view its current state) cannot be spun in a positive light from Labour’s point of view. But on the more substantive “policy” type questions, the public still seems fairly in tune with that party’s positions. 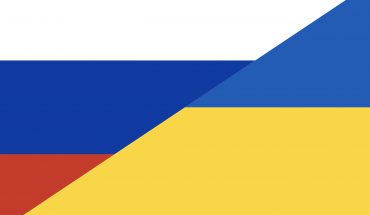