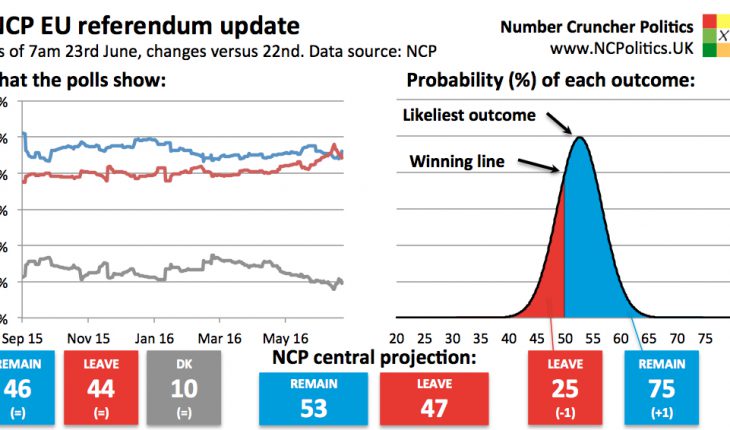 It's almost over… In a couple of hours the polls with be closed and the fun starts. I'd like to apologise once again to those of you that have had trouble getting onto the site due to the unprecedented amount of traffic – because of these problems I'm only just able to post this piece, based on the projection from 7am Thursday. 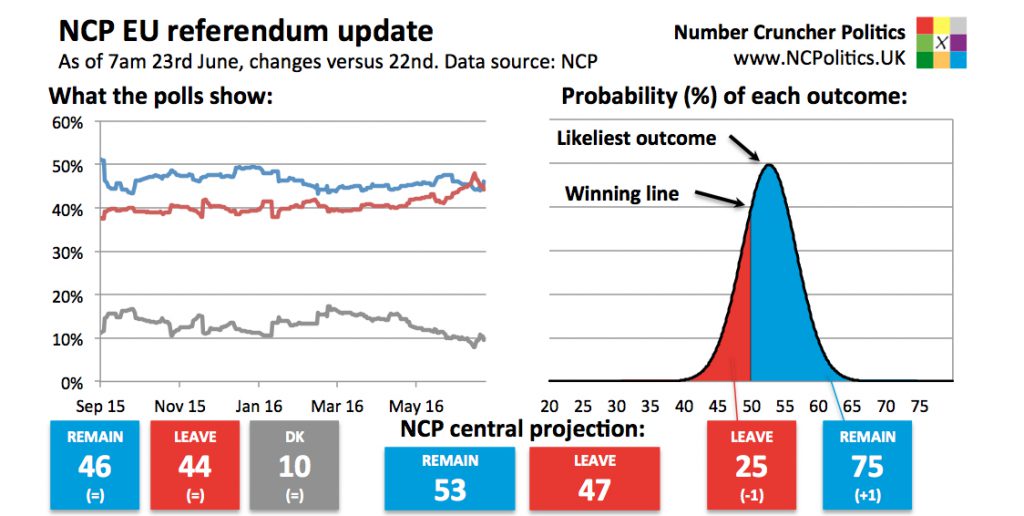 Remain is favourite to win, with a 75% chance of having more votes than Leave. Though the polls on average suggest a close result, with Remain about 2 points ahead, the single likeliest outcome in the NCP projection is a more decisive vote to stay in the EU: Remain 53, Leave 47.
It should however be emphasised that this is simply the likeliest outcome within a wide range – based on analysis of the polls modelling of historical data, we can be 95% confident that the each vote share is within 8 points of these numbers. Therefore there is a 95% chance that Remain gets between 45% and 61% and the Leave gets between 39% and 55%. However results close to the middles of these ranges are considerably more likely than those at the tails.
The ranges are also much wider than the theoretical margins of error in opinion polls, and wider than historical polling error in general elections. This reflects the fact that referendums are more difficult to poll in the absence of historical benchmarks (a particular problem in this particular referendum) and even if the polls are accurate, the chances of people changing their minds after being polled (as happened in Scotland in 2014) are also higher than in elections.
For full details of the projection, see the main forecast page.
I’ll be spending much of the night with Bloomberg and will be on Bloomberg TV to comment on the results at various times between 23:00 and 01:00 BST and then on BBC World Service from 06:00 to 09:00. I’ll also be posting updates via Twitter and Facebook. 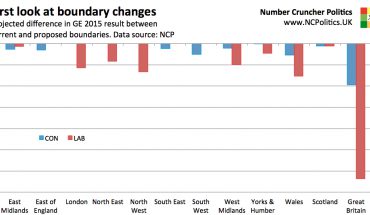