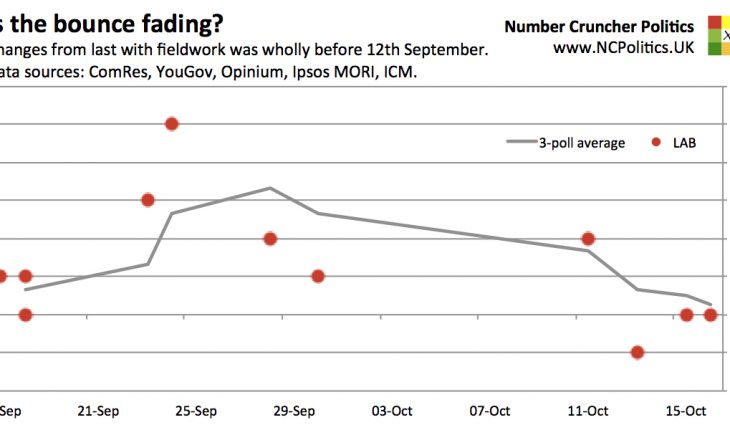 In my piece for the Times a couple of weeks ago I noted that we were seeing what were possibly the first signs of a Corbyn bounce. Since then, a number of polls have been released suggesting a fading of the initial gains.
Generally speaking, new leaders tend to achieve about a three-point bounce for their party in the opinion polls in the first month, and extending to four or five points at the peak of the bounce, which tends to be about three months into their time as leader. For new Labour leader is the bounce tends to be slightly more than for new Tory leaders.
The early signs were encouraging. However, the most recent polls have suggested something of a pullback. Early last week, ICM’s poll for the Guardian detected an increase in Labour support, due to its “shy Tory” adjustment shifting back into neutral territory.
But YouGov’s Scottish poll for the Times found that support for Labour in Scotland (for Holyrood) was unchanged or perhaps even fractionally lower than it had been a month ago. ComRes in their monthly online poll for the Independent on Sunday and Sunday Mirror found very much the same thing in Great Britain-wide Westminster voting intention, as did Opinium.
While the polls show quite different levels of support for the main parties – for methodological reasons – the changes compared with the last poll from each pollster before Corbyn’s victory in the leadership election are identical. If this pattern continues, it’s a bad sign for the new opposition leader. 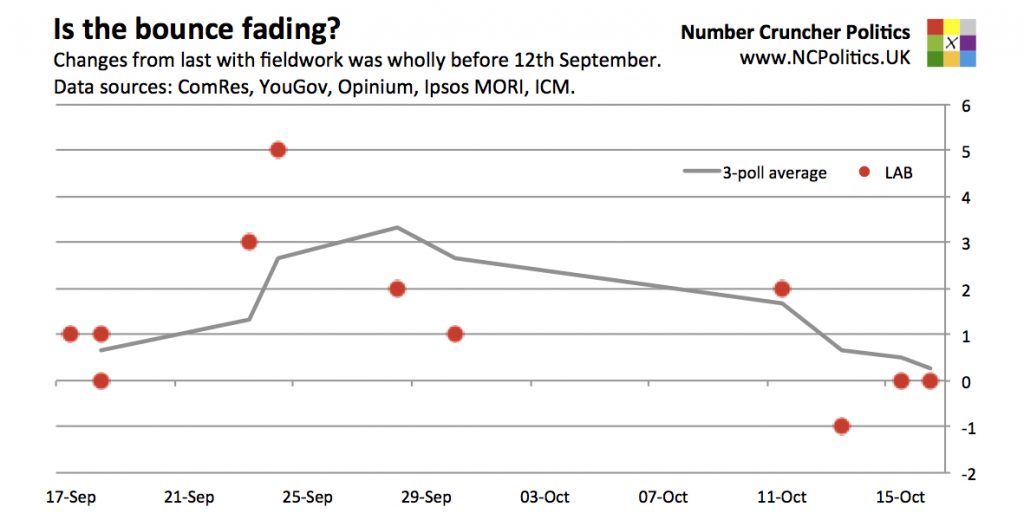 Opinium’s regular leader approval questions contrasted with its static toplines. David Cameron’s net rating was -2 compared with +1 last month, while Jeremy Corbyn’s dropped from -7, to -19. Of particular concern is that the decline in Corbyn’s ratings wasn’t simply a case of don’t knows making up their minds in disapproval (though that was a significant factor), but that the percentage approving was actually down slightly.
Opinium’s head to head polling showed David Cameron 41-22 ahead of Jeremy Corbyn. Corbyn fared better in matchups with Cameron’s potential successors, but only doing a few points better himself – in most cases the deficits were smaller due to the Conservative option being rated lower, with more don’t knows.
ComRes also asked some interesting “issues” questions, with the government’s proposed cuts to tax credits not viewed as necessary by 43-34 and a relatively low 60% of Conservative voters in favour.
But of all of the ComRes findings, the one that should worry Labour the most was that 45% of all voters, including majorities of Tory, Lib Dem and UKIP voters, agreed that “A Labour government would lead to economic chaos”, with 33% disagreeing. Crucially, it refers to Labour, not to Corbyn and McDonnell, which could be a sign that their policy positions are affecting perceptions of the party.
It will be interesting to see how this develops. 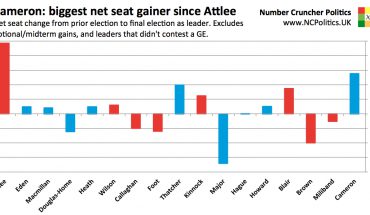