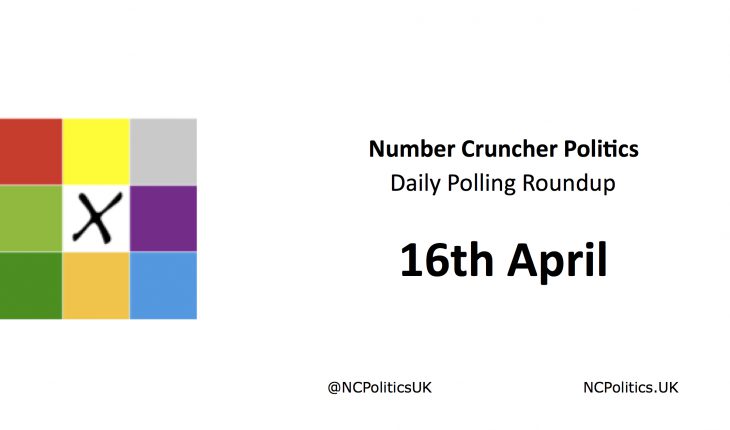 Three weeks to go! Tonight's debate was the main talking point, and the snap Survation/Mirror poll showed showed a win for Ed Miliband ahead of Nicola Sturgeon:

Ipsos MORI's monthly showed a similar picture to their last poll for the Evening Standard:

MORI is the only national phone pollster since 22nd Feb to show a Labour lead. The difference between them and other phone polls is their methodology – MORI doesn't weight by past vote, or reallocate don't knows. The tables show that the sample had 2010 recalled votes equivalent to CON 36.8, LAB 32.8, LIB 20.6, compared to the actual 2010 mainland vote shares of 36.9, 29.7, 23.6. With PV weighting and the spiral of silence adjustment LAB would be lower and other parties (especially the Lib Dems) higher. Which method is providing the most accurate snapshot of public opinion is an open question. 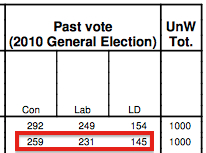 The poll also showed the highest Green VI in any poll for a month – 8% hasn’t been bettered since 1st Feb. It’s too soon to conclude a renewed Green surge, but it’s worth watching. Panelbase also showed a close contest, making their 6 point lead last week look even more of a blip.

We also got a Lib Dem private poll from Dunbartonshire East. All usual caveats about private polling apply – the methodology was specified by the Lib Dems, it was probably cherry-picked and the sample seem to contain a disproportionate number of Indyref “No” voters. Election forecast has the SNP 22 point lead, though YouGov shows a much closer race.

Tomorrow we get Populus online and YouGov/Sun. 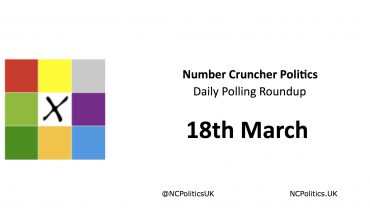 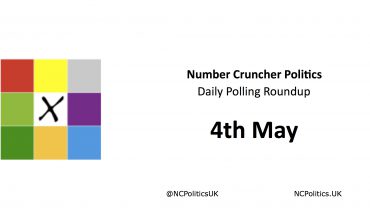