Home
Analysis
Conference season polling moves – who has gone where

Conference season isn't over yet, but (some of) the polls have started to move. I'm still investigating the divergence between Populus and YouGov/Ashcroft, but in the meantime, here's a look at the main change thus far – a 'before and after' the Cameron speech. The three YouGov polls prior to the speech all had toplines of CON 31, LAB 36 and a Lib Dem average of 6.7. The toplines afterwards averaged CON 35.3, LAB 33.7, LIB 7. I've excluded the poll that straddled the speech. Margins of error are both about ±1.3 points.
Here are the changes in the toplines and the switchers. Note that the changes in switchers are in terms of all 2010 voters, whereas the YouGov tables show them in terms of that party's voters (eg 30% LIB to LAB switchers in the YouGov tabs would be 7.1% here):
The columns do not sum due to rounding and the different bases used – Parties and “Other” are changes in the percentage shares excluding “Don’t know” and “Would not vote”, whereas non-voter base naturally includes non-voters.
We can see that about half of the Conservative gain of 4.3 points is down to improved retention of 2010 voters (mostly the expense of UKIP) with nearly a point coming each from Labour and the Lib Dems.
Labour dropped 2.3 points, 0.8 of which went directly to the Tories, the remainder being scattered across the minor parties.
The Lib Dems are up 0.3 (within the margin of error), due solely to improved retention of 2010 voters. Since their conference is ongoing, this could well change, so I’ll revisit this analysis if it does so meaningfully.
And since these datawrapper graphics seem to have a lot of fans, here’s a much prettier representation of the same figures:

It’s also interesting that among all three groups of 2010 voters (ie the columns), the Conservatives are up while Labour and UKIP are both down. The question, of course, is whether this move will stick or fade, but that is the state of play at the moment. 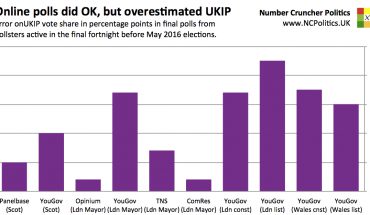 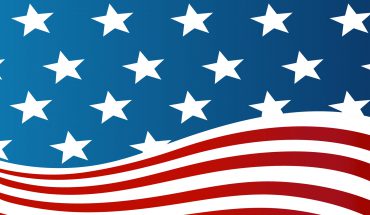