Home
Roundup
Why polling people's views on Brexit is so hard

No voting intention polls yesterday, but some interesting news nonetheless. George Eaton has a scoop in the New Statesman about internal Conservative polling showing the party being vulnerable to a Lib Dem resurgence in a number of its seats.
There’s nothing hugely surprising about that – 27 previously Lib Dem seats turned blue in 2015, some of them for the first time since 1979, and the Lib Dems have been gaining ground nationally, although this does seem to confirm that they are doing particularly well in their previous strongholds.
YouGov polled GB adults on what they thought about the Gibraltar row – the public are roughly evenly split between being happy to give up some sovereignty to Spain in order to secure a better trade deal, being unhappy and being unsure.
This week’s Polling Matters is an excellent one. Their Opinium poll asked whether people thought Brexit would still be worth or not under various scenarios. Between 54 and 60 per cent said Brexit would not be worth it in each of the following scenarios: the UK continues to make financial contributions, EU courts retain jurisdiction, no significant reduction in EU immigration is achieved, the UK suffers a recession and job losses or there is no significant dividend for public services.
That sounds like people are certain to be unhappy, right? Well, yes, but the exact same people were also asked how they would few a hypothetical deal in which the UK: has full control over immigration, has sufficient access to the single market to avoid a major economic shock, continues to pay into the EU budget and continues to contribute staff and funding to to EuroPol. Panelists thought that was completely or mostly acceptable by 57 to 29, with little difference between Remainers and Leavers.

This goes to heart of the difficulties pollsters and analysts have had over the last year when asked what Britain thinks. It really does depend how he question is framed. In the above case the answers really are very different indeed, and that’s before you start thinking about differences between polling companies or changes over time.
Keiran also had a fascinating chat with Colin Rallings of the Plymouth Elections Centre on the upcoming local elections. One thing that came out of it that hasn’t been widely acknowledged yet is that if the projections are right, it may be hard to avoid a “UKIP in trouble” narrative, with the party set to lose the vast majority of the seats it’s defending. Which isn’t necessarily to say that such a narrative would be accurate, but that’s not how it works…
There aren’t many local by-elections this month, with lots of them having been deferred until May to coincide with something else, but there are four of them today. 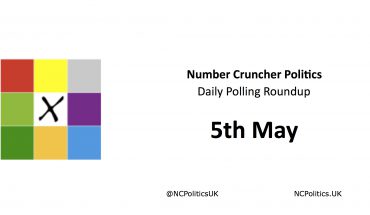 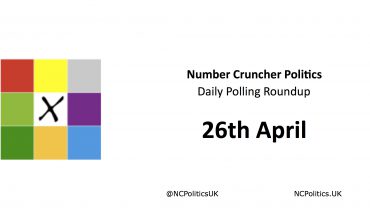