Article 50 week is here. Expect to hear plenty about it, and presumably a poll or two. As some of you have commented, there haven't been many polls since the Westminster attack on Wednesday. I don't think that's deliberate – it's more likely that by coincidence there simply weren't any polls scheduled then.
As ever when poll-moving events are taking place, be cautious of big moves. Some of it may be real – in relation to last week, the government and Prime Minister of the day often get a polling boost in these sorts of situations. Additionally, the Conservative lead on handling terrorism and national security might see them benefit from those issues moving up the political agenda. But then again, the fact they were already doing so well for this point in the electoral cycle might limit further upside.
As for Article 50, that pushes Brexit up the agenda, which probably helps the Tories (and possibly the Lib Dems too). The accompanying news cycles are starting already – see this piece from Michel Barnier in the FT.
On other matters, the Unite union leadership election begins this week. This contest has had relatively little coverage given its likely significance for British politics. If Gerard Coyne succeeds in ousting Len McCluskey, the balance of power on Labour’s National Executive Committee effectively shifts towards the moderates, though it’s noteworthy that McCluskey appears to be taking a firmer line with the party leadership.
And finally, Mark Pack has an interesting timeline of the Liberal/SDP Alliance (the SDP was launched 36 years ago yesterday). 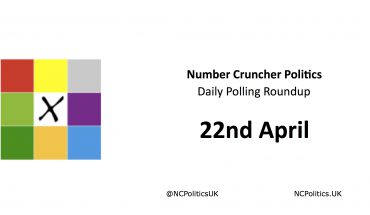