Yesterday's local by-elections were – to put it mildly – an interesting bunch, including a Lib Dem gain from the Conservatives on a 38.2% swing, a Green gain from an independent, and a rerun of a December by-election in Blackburn, which itself may have to be rerun after (according to unconfirmed reports) the Labour candidate turned out to be a council employee and therefore ineligible. So one of Higher Croft's three seats may end up having four councillors in six months…
This week's Polling Matters includes an Opinium poll on a potential second EU referendum, one e terms of the terms of the Brexit deal are known. They last asked this question back in December, and the results (and changes since then) are 38 (+5) in favour and 52 (=) against. So a slight increase in support for a second referendum at the expense of undecided. This might be interesting to track as negotiations take place, but the chances of a second referendum actually happening seem remote. 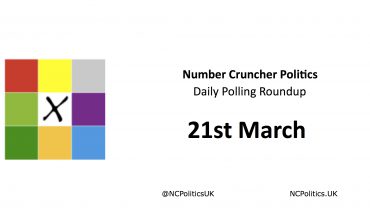