Home
Analysis
Conservative leadership: May gets a huge headstart 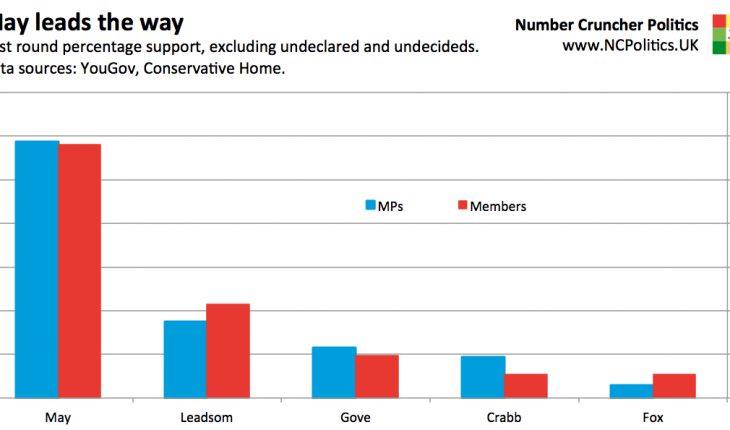 In the next hour, the first round of voting will end in the Conservative leadership election, which will determine the UK's next Prime Minister.
The five candidates will compete in up to three rounds of voting among Conservative MPs, with the lowest-ranking candidate being eliminated until two remain (there could be fewer than three rounds if a candidate withdraws voluntarily). Those two candidates will then face a ballot of party members that were signed up as of the 9th of June.
It’s hard to reach any conclusion other than that Theresa May starts as the strong favourite. She has majority support among MPs and members despite a five-way split. Among the members, the latest YouGov/Times poll has her winning a landslide over any of the others, and with consistent support across demographics and geography, and even strong support from Brexiteers. 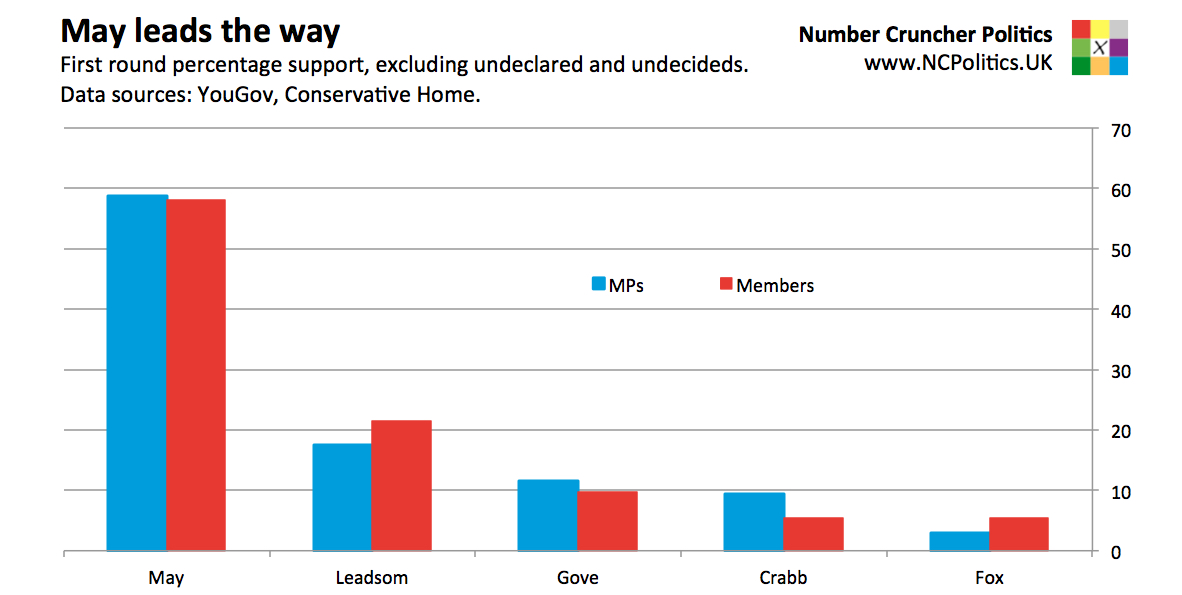 She also scores extremely well on the various personal ratings:

May wins in EVERY category sometimes by 50+ points pic.twitter.com/FbvH8nMwJn

YouGov’s members polls have tended to be reliable, probably because members on all sides are politically engaged, with high turnout, so two of the pollsters’ biggest headaches are minimised. 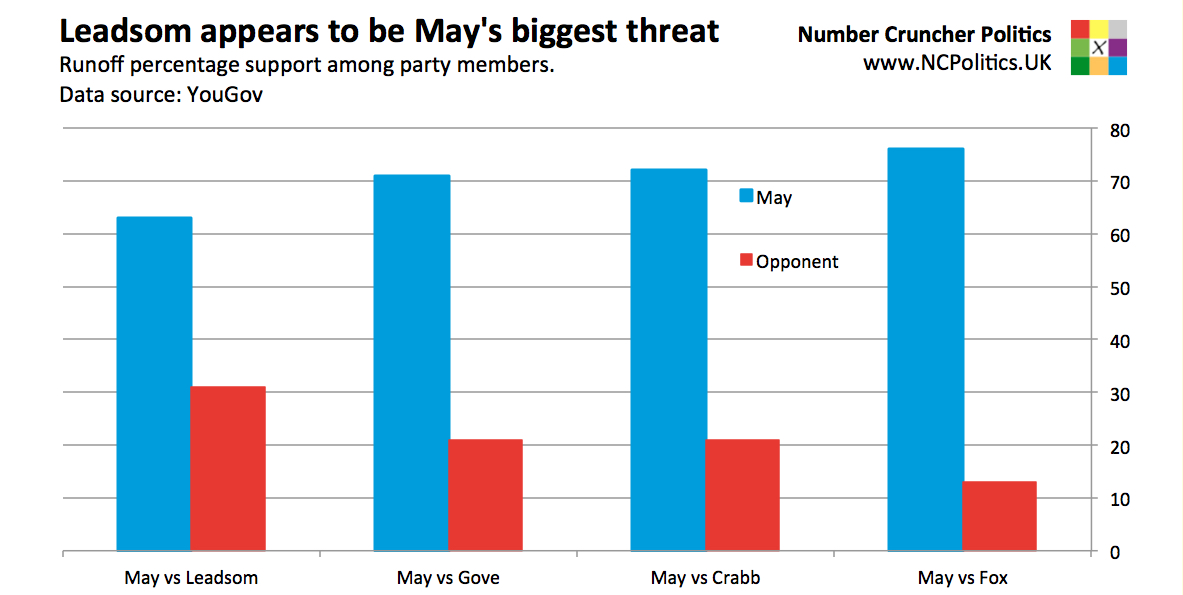 The MPs are harder to predict – they have been known to vote tactically in the past. It’s likely that Liam Fox will be the first eliminated, with his votes possibly going more towards Andrea Leadsom. The question is what then happens between her, Michael Gove and Stephen Crabb. That is less certain, especially as there are stil about 100 undeclared MPs.
So the result of the first round will be key. The second round is scheduled to take place on Thursday and the third on Tuesday 12th July. 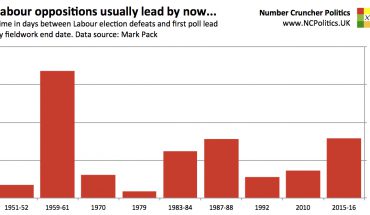 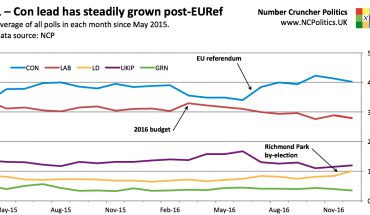 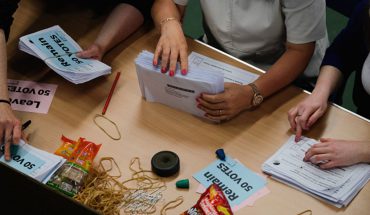