Home
Analysis
EU referendum roundup – is there a clock ticking? 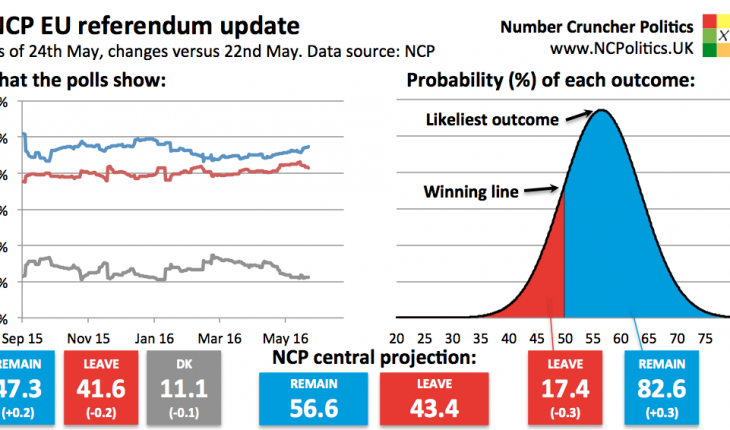 Quite a few things to talk about tonight! We've had some new polls in the last couple of days:

The debate about methodology has rumbled on, with ICM’s Martin Boon describing methodological changes designed to counter response bias. Under the old method, quotas would fill up early, so created a bias towards early respondents. Under the new method, response time weighting will reduce the impact of this. In today’s poll, it produced a dead heat, which under the old methodology would have been unchanged with a four-point lead for Leave. YouGov responded with a statement to say that its current methodology wasn’t affected by the problem.
I made my current thinking public earlier, with a review of YouGov’s analysis of the Polls apart polls. To summarise, although the YouGov piece does highlight some important issues, it overestimates of the impact of the oversample of graduates in phone polls, and there are questions to be asked about its own phone poll. So I stand by the analysis in Polls Apart.

As for the state of the race, the NCP polling average now shows about a 6 point Remain lead. Based on the Polls apart analysis, and adjusting to include Northern Ireland, this translates into an 8 or 9 point Remain lead “nowcast”, with a central forecast unchanged at 56.6% for Remain, though with a great deal of uncertainty, due both to potential polling error and genuine changes in public opinion, in either direction.
Therefore it’s certainly not game over – Leave could still win this. But compared with the last forecast, there is less time for a surprise, so the probability of Brexit ticks down further to 17.4%.

Is that symbolic of time running out for the Leavers? Perhaps. On the campaign trail, Vote Leave has announced via Newsnight that its focus in the final month will be on immigration and not the economy. This is a risky strategy because of its potential to be divisive, and because:

So we’ll see how this plays out. Tomorrow I’ll be joining Keiran Pedley and Mike Smithson for the Polling Matters show, and watch this space for other interesting developments… 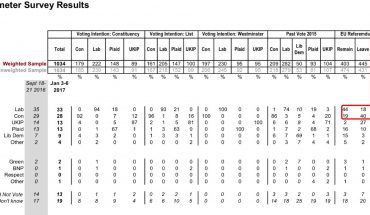 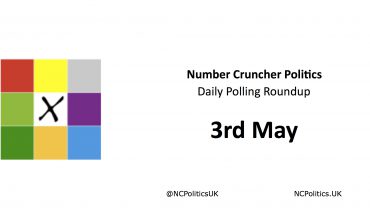 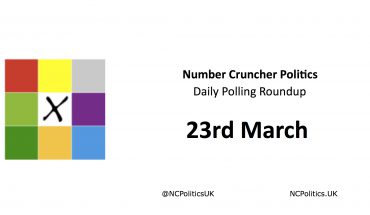