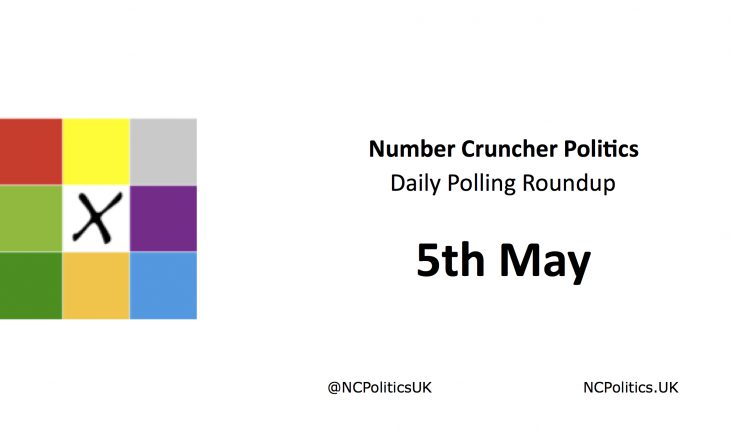 Today we got six national polls, ranging from a one-point Labour lead to a three-point Conservative lead. There are signs that the phone-online divide may have opened up again, but given the bank holiday weekend, all sorts of things like timing effects are possible. Here they are in full, beginning with Populus/FT:

With the polls remaining so close, polling accuracy is very much to the fore. Andy White at ComRes published some excellent cautionary analysis about self-predicted likelihood to vote – it’s an absolute certainty that some people saying they’ll vote won’t do so, but which party’s voters will it be? We also got some more great insight from Stephen Bush on the campaign trail, which suggests that something isn’t quite chiming with the opinion polls.
The debate around who may or may not be over- or understated by current polling has been heavy on conjecture, with many qualitative arguments being put forward, mainly around social, economic or political factors, and the superficial similarities and differences (there being plenty of both, relevant and otherwise) between now and 1992, when the polls were extremely close as the election approached, but ended up being 9 points wrong. NCP has analysed electoral data and polling internals from the last 35 years and toplines from the last 50, with a particular focus on more recent data, to try and quantify the shy Tory factor and assess the balance of risks for polling error at Thursday’s election.
Full details of the analysis will be published on this site tomorrow. However I can reveal tonight that, based on the analysis, the balance of risks appears to be strongly towards the polls underestimating the Conservative lead. The most likely magnitude of the bias is difficult to determine with confidence – but it could be substantial. Watch this space.
And finally:

I think #ge2015 is getting to all of us a little bit now. Via: http://t.co/Lq3JetRfDj pic.twitter.com/xAktuzuTZL

Tomorrow we’ll be getting final call GB polls (and recall polls) from just about everyone besides MORI and Lord Ashcroft, who will release they final calls on the morning itself. We’ll also get the YouGov/ITV/Cardiff University Welsh Barometer poll and some Scotland polling too. There is no more Northern Irish polling to come, but it is widely expected that the sole change will be the DUP regaining Belfast East from the Alliance Party. 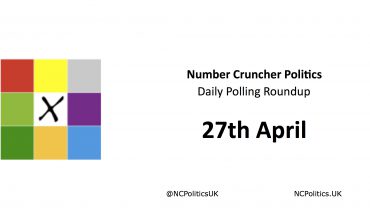