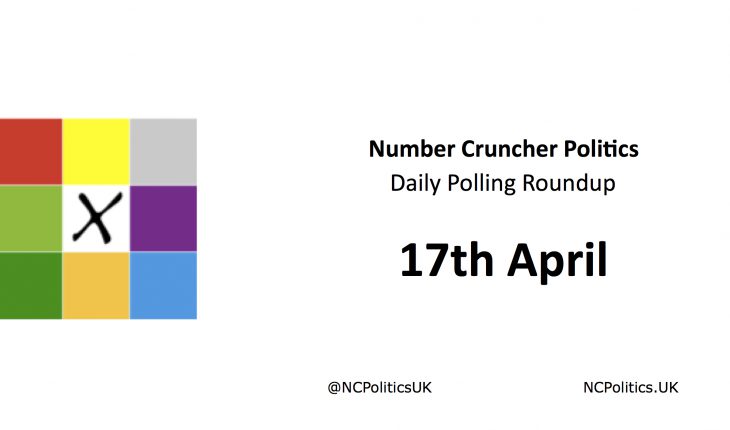 An unexpectedly eventful day in the world of polling – Lord Ashcroft produced a new batch of constituency polls in Scotland, in a mixture of new and previously-polled seats, with results even more incredible than what we've seen thus far:

Ashcroft now shows Jim Murphy 9 points his SNP challenger in Renfrewshire East – a 5% swing to the SNP since February. Overall, the polls show a near-unfathomable 28.8% swing since 2010. The average LIB-SNP swing was 22.8%, with all seats being lost, including Charles Kennedy being unseated in Ross, Skye and Lochaber. Ashcroft finds Jo Swinson trailing by 11 points in Dunbartonshire East, compared with the 1 point lead she had in the Lib Dem poll I mentioned yesterday.
Berwickshire, Roxburgh & Selkirk would actually a very tight three-way race, with CON, SNP and LIB separated by 2pts. The Conservatives would narrowly gain the seat, but narrowly lose the neighbouring seat of Dumfriesshire, Clydesdale & Tweedale on a 6.5% swing, though both results are well inside the margin of error.
In GB polling, Populus (whose fieldwork was entirely before the debate) again showed a very close race:

Survation, for only the second time since they started publishing GB polls in 2011, showed the Conservatives narrowly ahead. NCP understands that “almost all” of the fieldwork was done post-debate, but given that last week’s poll looked like a bit of an outlier, the bulk of the moves is likely to be a reversion to the mean. What we can say is that all three polls (Survation plus Panelbase and TNS-BMRB) that appeared to show Labour surging ahead last Thursday are now back to an average of CON+0.5.

YouGov showed almost exactly the same picture as yesterday. The debate would have roughly bisected their fieldwork window, so it may be that the debate isn’t moving the polls, but it’s far too soon to tell.

Tomorrow we’re expectecting Opinium for the Observer, ComRes for the Independent on Sunday and Sunday Mirror and YouGov/Sunday Times. 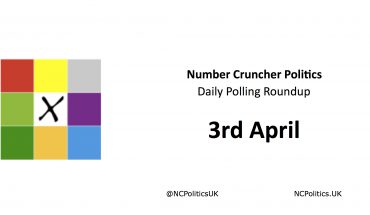 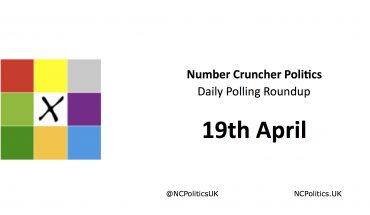