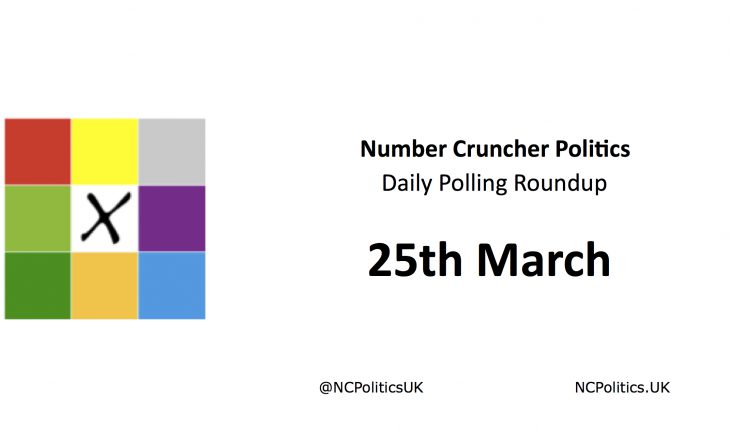 Today we got the first two polls conducted since David Cameron's interview on Monday. Survation's poll for tomorrow’s Daily Mirror actually showed a further narrowing of the race for the lead, compared with their poll for the Daily Mail on Friday and Saturday. So it could be that one or other of the budget and Cameron’s comments had an impact, or it could just be that last months was an outlier. Looking at polls more generally, it would seem that neither event has had much of an impact. The poll is actually very detailed, with lots of supplementaries on “issues”, and also quite a big jump in Ed Miliband’s ratings.
It’s also worth keeping house effects in mind. Survation tend to show a better position for Labour (relative to the Tories) than other pollsters – January’s poll was the only Tory lead they’ve ever reported – so a one-point lead for Labour isn’t a spectacular poll for that party. They also tend to show very high UKIP VI, and 18% today is (in relative terms) particularly low – the 17% their poll last week was the only one to have them lower in the last year.

We also got YouGov/Sun. It’s during an election campaign that YouGov’s daily, ultra-short (22-hour) fieldwork window really comes into its own, because it enables polling to be conducted entirely between “events”. Whether events drive moves in VI figures is another matter, but having precise data points at least removes one source of uncertainty. Today’s poll showed showed the Tories dropping a point behind Labour, but no significant change from yesterday:

Update (23:01): I’ve just posted a new piece on last year’s European elections, and why we shouldn’t assume that stable polls will remain stable.
And finally…

Tomorrow we get the daily YouGov/Sun poll as usual, and presumably some “instant reaction” polling on the Prime Ministerial interviews. 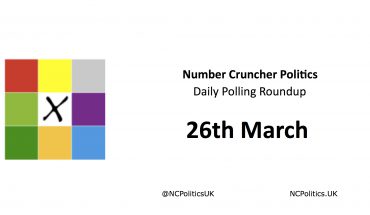